Following almost three decades of war, the challenges facing Afghanistan’s development remain immense. By 1380 (2001), the ravages of conflict had bestowed upon Afghan citizens and the incumbent administration an inheritance of debt not wealth. With the Taliban dominating the political landscape from 1375 (1996) onwards, Afghanistan had been moving backwards in all aspects. The results of war, the destruction of core institutions of state and a heavily war torn economy led to unrivaled levels of absolute poverty, national ill health, large scale illiteracy and the almost complete disintegration of gender equity. And yet, following six years of reconstruction, at a cost of billions of dollars, the path to prosperity from extreme poverty remains as distant as ever. 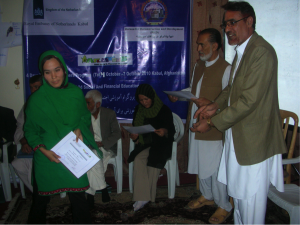 Afghanistan has one of the largest child populations and the smallest proportion of working age populations in the world, which exposes families with a large number of small children to economic shocks. Moreover, the country also has one of the highest fewer than 5 infant mortality rates in the world. Children up to five years remain the most vulnerable because they require high quality nutrition as well as other forms of childcare unaffordable to most families.

Many rural and urban children are forced to work to bolster family incomes resulting in widespread child labor and school drop-outs,“trapping” the children in an endless cycle of poverty. Female Headed Households According to 2005 NRVA data, female-headed households comprise around 2.5% of Afghan households. These households are typically highly vulnerable to economic shocks, with a significant number not having a single able-bodied income earner.

Afghanistan has one of the largest rates of disability in the world. According to Handicap International there are around 800,000 disabled people in Afghanistan.

Program Goal: From the social protection BRD aims to provide protection of the vulnerable groups specially women and children, through education, improved livelihood through income generation and vocational training.

BRD’s approach seeks to introduce small-scale credit schemes so that the poor, disabled and disadvantaged can achieve financial access through dependable and equitable credit opportunities. It believes that education and vocational training are essential to enable the community to sustain any income generating activities. Such income generating activities must also respond to private sector demand in order to be self-sustaining. 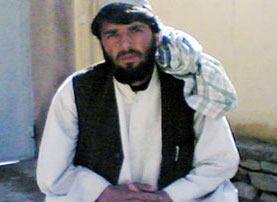 The goal of the program is to equip trainees with the skills that are in demand to improve their opportunities for employment in the developing market economy. BRD completed vocational training to vulnerable Afghans in welding, carpentry and tinsmith trades in Kabul and Kandahar and will extend to include other marketable trades.

Mr. Rohullah originates from the Nerkh District of Wardak Province. When he returned from Pakistan after the war, his family had moved and settled in Karta Naw, District of Kabul City. Mr. Rohullah had studied in different religious schools (Madrassa) in Pakistan and Afghanistan. His dream is to acquire a trade so that he can feed and improve the lives of his family.

Thus, when BRD and the Canadian International Development Fund/Canadian Embassy launched a Carpentry, Welding and Tinsmith course in Kabul, Mr. Rohullah enrolled for the course. He was accepted as a trainee in the Carpentry course. The course was for a duration of six months, during which trainees attend theoretical and practical classes. According to the instructor, Mr. Rohullah was one of the best trainees in his class. He was hardworking and eager to learn the trade. In addition, he also motivated other trainees in the class to work hard.

“I want to learn the skills and complete the training. After completion of the training, I plan to have my own workshop, where I can work and earn money to feed my family and be independent,” said Mr. Rohullah. 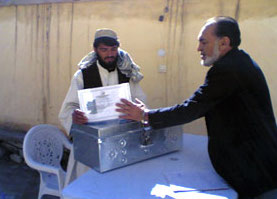 Mr. Rohullah attended all classes with great interest and did not miss any sessions, setting a good example for other trainees. In his final course evaluation, he turned out to be one of the top performers.

When Mr. Rohullah was awarded the Certificate of Completion and a free toolkit, he said: “I am extremely happy that I have finally achieved what I wanted. I am confident that the skills I gained and the toolkit that was awarded to me will enable me to achieve my goal of self-sufficiency and take part in the reconstruction of my country. For this, I would like to thank BRD and Canada Fund for their efforts and great support, my instructor, and all other colleagues.”

On graduating, he has been actively involved in promoting the trade to his friends, in the hope that they will be able to improve their household income and become self sufficient, just like him. 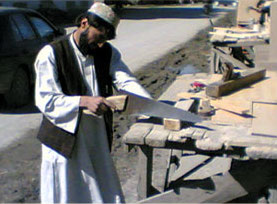 Mr. Rohullah is currently working to establish his own private enterprise – he is looking for a place suitable for a workshop. At the same time, he has started his job as a carpenter with a private building carpentry contractor and is now making doors and windows in Kabul City.

BRD is working on the development of training manuals for small scale private enterprises development to be delivered to the local community to assist in economic development and to alleviate rural poverty.