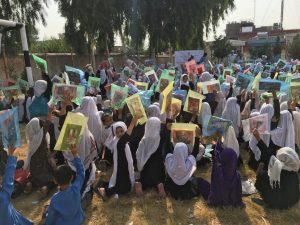 Following almost three decades of war, the challenges facing Afghanistan’s development remain immense. By 1380 (2001), the ravages of conflict had bestowed upon Afghan citizens and the incumbent administration an inheritance of debt not wealth. With the Taliban dominating the political landscape from 1375 (1996) onwards, Afghanistan had been moving backwards in all aspects. The results of war, the destruction of core institutions of state and a heavily war torn economy led to unrivaled levels of absolute poverty, national ill health, large scale illiteracy and the almost complete disintegration of gender equity. And yet, following six years of reconstruction, at a cost of billions of dollars, the path to prosperity from extreme poverty remains as distant as ever.Afghanistan has one of the largest child populations and the smallest proportion of working age populations in the world, which exposes families with a large number of small children to economic shocks. Moreover, the country also has one of the highest fewer than 5 infant mortality rates in the world. Children up to five years remain the most vulnerable because they require high quality nutrition as well as other forms of childcare unaffordable to most families.Many rural and urban children are forced to work to bolster family incomes resulting in widespread child labor and school drop-outs,“trapping” the children in an endless cycle of poverty. Female Headed Households According to 2005 NRVA data, female-headed households comprise around 2.5% of Afghan households. These households are typically highly vulnerable to economic shocks, with a significant number not having a single able-bodied income earner. Afghanistan has one of the largest rates of disability in the world. 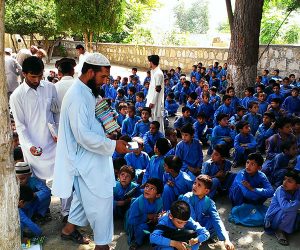 According to Handicap International there are around 800,000 disabled people in Afghanistan.BRD Protection Program comprises a set of public policies and intervention aimed to increase the capacities, opportunities and security of extremely poor and vulnerable Afghans through a process of economic empowerment in order to reduce poverty and increase self-reliance. Social protection policies and intervention will provide support to the critically poor, and help vulnerable Afghan Groups better manage risks, targeted investments in Afghanistan. Promoting social cohesion, employment and decent work- support Afghanistan.From the social protection BRD aims to provide protection of the vulnerable groups specially women and children, through education, improved livelihood through income generation and vocational training.

Current and Past Interventions

Advancing Women Participation in Service Delivery Through Business Development
The main aims of this component were to advance capacities and economic opportunities of aspiring women entrepreneurs. They were achieved through the one day trainings for women entrepreneurs on business ...
Empower an Afghan Woman to Have a Kitchen Garden
The only way to help an Afghan woman is to empower her with culturally appropriate and sustainable skills, which could eventually yield financial support for her family. Running a kitchen ...
Vocational Training to a Vulnerable Afghan Youth
The number one killer in Afghanistan is not armed conflict but poverty. Education and vocational training are essential to economic development that will ultimately break the cycle of poverty. BRD ...
Support Afghan Vulnerable and Street Children Education
BRD help to change the course of Afghan street children’s and children who lost their parents in conflict and children who’s parents dose not afford to send their childrent to ...