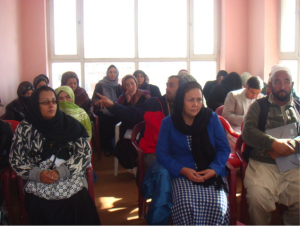 Dacads of  war has devastated the Afghan economy and society. The on-going conflict has killed millions, obliterated most of the country’s infrastructure and placed Afghanistan at the bottom of nearly every measure in the Human Development index, including infant mortality, maternal mortality and literacy rates. It has also created the world’s largest refugee population. human rights abuses are ingrained and have remained unabated.
These abuses include kidnapping,  trafficking, target killing, forced marriages and rape, violence agains women. These abuses have continued because most women and men in Afghanistan are unaware of their human rights. This is due to the conservative era in which they have lived, and the lack of sources through which they could get informed. As a result, they have minimal participation in the society, which is not conducive to the development of a democratic government in Afghanistan. BRD believes that education is the key to the protection of human rights. The respect for rights by the majority of the population is the only guarantee that rights will be respected. The outcomes BRD expects to build through its human rights education programs are: Strengthen respect for human rights and basic freedoms; Development of the human personality and a sense of dignity; Promotion of tolerance, gender equality and friendship among nations, indigenous people and racial, national, ethnic, religious and linguistic groups; Enable persons to participate in a free society. BRD agrees with the UN that the basis of human rights education is the 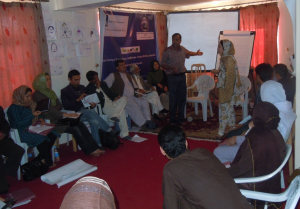 Universal Declaration of Human Rights (UDHR). Its simplicity of vision causes it to be accessible to people of all ages and conditions. BRD focuses its Human Rights Training Courses on tolerance education. It understands that our understanding of human rights contains a personal value system. This system is a mirror of the culture and region where we live. Our experience in our circles of identity, such as gender, class, religion, and family status, further defines our value system. BRD strives to make its education participants aware of their own assumptions in this regard. It offers a specific course which teaches that if we presume that we can speak on behalf of everyone, we risk infringing on others whose rights we wish to defend

Current and Past Interventions

Child Social and Financial Education
The overall goal of the program is to empower children by providing the knowledge on their roles and responsibilities, their rights and, at the same time, to equip them with ...