Due to highly unstable security environment and the extreme poverty, the nation’s natural resources and ecosystem functions are being rapidly degraded by uncontrolled water extraction, overgrazing and deforestation. In addition to that, the population in the growing urban areas suffers from severe air pollution and Trash, lack of sanitation and access to safe drinking water. The growing pollution in the cities is strongly affects people’s health and wellbeing. Health problems caused by environmental problems throughout the country include malnutrition, respiratory diseases and asthma. Alone in the city of Kabul, the residents use 4 tons of plastic bags and 3 tons of disposable plates and water bottles every day, where 13 million tons of plastic are thrown into the rivers every year which drastically affects the underwater life. If the situation the prolific use of plastic continues there will be no ground left to plant trees and other plants. Many Afghans are highly vulnerable to the impacts of climate change as a result of their exposure to droughts, floods and other natural disasters, as well as their reliance on climate-sensitive livelihoods such as rain-fed agriculture and livestock herding. Therefore, it’s important to focus both on short term actions to aware and educated the targeted population on the risk and consequences of using such material and their responsibility for waste management through organizing awareness rising campaigns and cleanup campaigns. Also work on the long-term sustainable solutions for waste management, through continues education and policy advocacy to government to ban importing such material by the business and monitor their commitments which includes creating good partnership with municipalities to help them in finding durable solution to the waste problem.

Let’s Do It Cleanup Action in Afghanistan 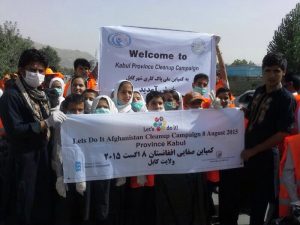 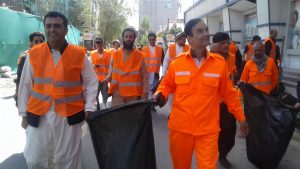 from Let’s Do It Foundation and BRD own resources. Let’s Do It Afghanistan as part of the world Cleanup Day of 15 September 2018, organized a massive cleanup in 14 provinces of Afghanistan on safely manner with participation of around 5000 volunteers. For 21 September 2019 BRD was prepared to organize a big cleanup in 2019 targeted and planned for 25000 volunteers to participate, but due to the ongoing war and detartrating security situation because of predicational election, the action was postponed which was organized after the election with reduced scope with 3500 participants in 12 provinces of Afghanistan.

Keep It Clean Action in Afghanistan 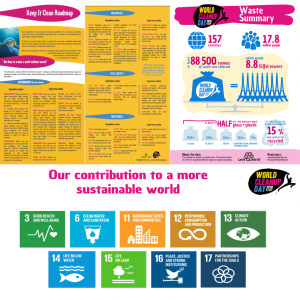 With the new initiative of the network to focus on more longer-term approach of keeping the world without waste, the Let’s Do ItWorld Movement crated “Keep It Clean Plan” where the Let’s Do It Afghanistan as member of this movement is committed for the implementation of the relevant component of this plan in Afghanistan. With the goal of engaging youths in the “Keep It Clean Action” to create communities without waste, the project objective will be to raise awareness, improve knowledge and change attitudes, of youth to lead coordinate and engaged in the action again waste and trash in their respective districts.

Monitor advocate for the governments and businesses to hold their promises, mobilize and train civil society and youth groups to be engaged on continues advocacy and mentoring of the commitment of the business and government; Engaged in advocacy both national and international level for policy change those affecting the waste problem in the country level; Continuously research for good practices and lesson learnt from other countries with similar context to be brought to the country.